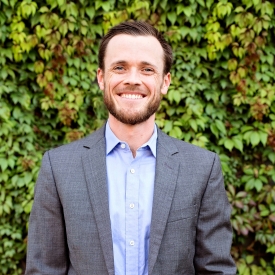 FloQast automates common accounting workflows helping to streamline and make them more efficient. Whether automating reconciliations, documentation requests or other workflows such as the month-end close, financial reporting, or payroll, FloQast’s suite of easy-to-use and quick-to-deploy solutions enhances the way accounting teams already work so they can work smarter, not harder.

Mike Whitmire, CPA*, is CEO and Co-founder of FloQast, a provider of accounting workflow automation software created by accountants for accountants to help them work smarter, not harder. Prior to founding FloQast, Mike was part of the accounting and finance team at rapidly-growing Cornerstone OnDemand. It was during the Los Angeles-based tech company’s preparations for its IPO that Mike first composed the idea for what would become FloQast.

Mike began his career in audit at Ernst & Young, where his focus was on media and entertainment. During his time at EY, he performed public company audits, opening balance sheet audits, cash to GAAP restatements, compilation reviews, international reporting, merger and acquisition audits, and SOX compliance testing. Mike graduated from Syracuse University with a Bachelor’s degree in Accounting. As a company, having been in the exam review space for over 45 years and myself, personally, having been involved with students and CPA review for over 20, we value Beta Alpha Psi students because we know they are the future of the accounting profession. Their commitment to excellence and service shows that the future of the accounting profession is bright. We are excited to play a small role in their achievements & successes.