March 20, 2020
Virtual attendance
Theme: Honor the Past and Embrace the Future

The physical meeting has been canceled. This meeting will be held virtually (information will be sent from the Executive Office and your Chapter Advocate). If you have any questions, please email bap@bap.org.

Registration is still open for virtual attendance ($60). If you have already registered for the regional meeting, you will receive a refund of the difference.

Virtual attendance is $60. If you have already registered for the regional meeting, you will receive a refund of the difference the week following your regional meeting.

Cancellation policy: Cancellations made due to the Coronavirus will be refunded. Please contact Beth Fulk for more information.

If your chapter has qualified to present, please submit your recorded video (no more than 8 minutes) here. Submissions are due Friday, March 20th by 1PM CDT, no exceptions.

If the chapter opts out of the meeting, we will refund their registration fee in full but they will not be eligible for Best Practices.

The following are options to record your Best Practices presentations:

If you have any questions, please contact the Executive Office. 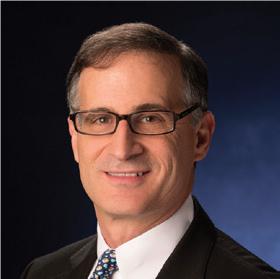 Rick Schlesinger enters his 18th season with the Brewers and second in his current position after being promoted on January 23, 2019. He has previously held roles with the organization as executive vice president of business operations (2003-10) and chief operating officer (2011-18). Schlesinger oversees the organization’s business operations, including finance, human resources, information technology, legal, sponsorships, marketing, ticketing, business analytics, broadcasting, communications and non-baseball special events. In addition, he also oversees the team’s Spring Training complex in Phoenix and the operations of the Carolina Mudcats, the organization’s Class-A affiliate.

The Brewers have established new records in nearly every aspect of the business during Schlesinger’s tenure. In 2019, over 2.9 million fans attended games at Miller Park, marking the 12th time in the past 13 seasons that the organization has surpassed 2.5 million in attendance.

In 2019, the organization completed two significant initiatives. First, the team undertook an extensive renovation of its Phoenix-based Spring Training complex, American Family Fields of Phoenix. The $60-plus million project included a new building housing the clubhouses as well as vastly improved facilities for all baseball operations functions. It also featured a wide array of enhancements to the fan experience at the complex, including new concessions, retail stores, seating and scoreboard.

Second, the team introduced a new logo and uniform system centered around a modernized version of the iconic ball-Inglove logo, which was first introduced in 1978. Four new uniforms were included in the new system, including a cream-colored home uniform with an industrial font.

This season, the Brewers will introduce two new fan experiences at Miller Park. The Restaurant To Be Named Later replaces Friday’s Front Row Grill and features a menu that celebrates a variety of Wisconsin favorites with twists on classic food and beverage offerings. The team is also adding a new bar and viewing deck located in left field on the Loge Level to be known as the Miller Lite Landing.

Prior to joining the organization, Schlesinger spent five seasons (1998-2002) as vice president of business and legal affairs/assistant general manager for the Anaheim Angels. He previously worked for Walt Disney Pictures and Television in motion picture development and production and at the Los Angeles law firm of Latham and Watkins.

If you were scheduled to present in Chapter Operations, please send your PowerPoint presentation to bap@bap.org by 1 PM CDT, Friday, March 20th. The week following the regional meeting, the presentations will be available on this webpage. NASBA is proud of our partnership with BAP, because the organization's members are among the best and brightest. We believe BAP members are the future leaders of the accounting profession, and we have the opportunity to serve them through our partnership with BAP. NASBA takes pleasure in helping BAP members understand what it takes to start and grow as certified public accountants.