April 3, 2020
Virtual attendance
Theme: Honor the Past and Embrace the Future

The physical meeting has been canceled. This meeting will be held virtually (information will be sent from the Executive Office and your Chapter Advocate). If you have any questions, please email bap@bap.org.

Registration is still open for virtual attendance ($60). If you have already registered for the regional meeting, you will receive a refund of the difference.

Virtual attendance is $60. If you have already registered for the regional meeting, you will receive a refund of the difference the week following your regional meeting.

Cancellation Policy: Cancellations made due to the Coronavirus will be refunded. Please contact Mackenzie Keel for more information.

If your chapter has qualified to present, please submit your recorded video (no more than 8 minutes) here. Submissions are due Friday, April 3rd by 1PM CDT, no exceptions.

If the chapter opts out of the meeting, we will refund their registration fee in full but they will not be eligible for Best Practices.

The following are options to record your Best Practices presentations:

If you have any questions, please contact the Executive Office. 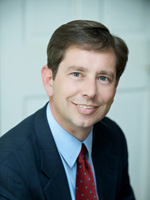 Daniel Dustin, CPA, joined NASBA on January 1, 2012, as vice president of state board relations. In this role, Mr. Dustin serves as an advocate for State Boards of Accountancy and finds new ways and opportunities to provide support and service to NASBA’s member boards.

The 2010 recipient of NASBA’s prestigious Lorraine P. Sachs Standard of Excellence Award for distinction in accountancy regulation and public protection, Mr. Dustin is former chair of NASBA’s CPA Examination and Administration Committee, Accountancy Licensee Database Task Force and Executive Directors Committee. He
also served as a member of the AICPA’s Peer Review Task Force and Board of Examiners, including having chaired the BOE’s Operations Committee. Mr. Dustin earned a bachelor of science degree and a master of science degree in accounting from Clarkson University, and became a licensed CPA in 1988.

If you were scheduled to present in Chapter Operations, please send your PowerPoint presentation to bap@bap.org by 1 PM CDT, Friday, April 3rd. The week following the regional meeting, the presentations will be available on this webpage.

Deloitte has supported Beta Alpha Psi at the chapter, regional and national level for decades and been the proud sponsor of the annual best practices competition since 2001. Beta Alpha Psi’s vision fits well with Deloitte’s culture, which is built on inclusion, collaboration, high performance, and opportunity. That combination helps our professionals make a difference individually and collectively, and it makes Deloitte one of the most rewarding places to work.